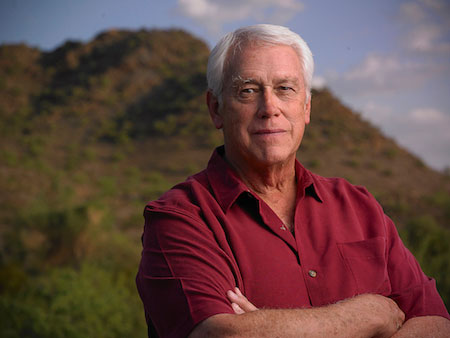 He later learned he was in cardiac arrest and the third time was a charm as he had three different groups help bring him back to life.

Help first came from a pair of friends who were hiking behind him.  They found him unresponsive and immediately called 9-1-1 for help and started CPR with chest compressions.

The second group was the Phoenix Fire Department, who found Ronald still unresponsive as they took over trying to revive him from his friends.  They shocked him three times to re-establish a heart rhythm.

The third group was Abrazo Arizona Heart Hospital’s emergency room team of physicians, Cardiologist Robert Strumpf and nurses who immediately stabilized Ronald. A stent was inserted to open Ronald’s blocked artery and he was placed in a medically induced coma as his body was cooled to preserve brain function after the cardiac arrest. Over the next few days, he was slowly rewarmed and regained consciousness.

His memory was a little foggy for a while, but he has made a full recovery. Ronald, a former dry cleaning business owner for 30 years had no history of heart problems. A clot broke off and caused his heart attack.

For six months after being released from the Abrazo Arizona Heart Hospital, he frequented the hospital for cardiac conditioning, training on a treadmill and bike for 45 minutes to an hour, each visit.

Ronald is thankful to everyone who helped him survive.

“My care at Abrazo Arizona Heart Hospital was extraordinary,” he said.  “They are just incredible, a class act”.

Now two years later, Ronald considers himself to be lucky to be alive. He hikes every Sundays with his buddies, works full time for his son’s construction company and is active in the Mesa HoHoKam Foundation.

Lately, he’s been coming in two or three times a year to get an EKG and have Dr. Strumpf check out his carotid artery. Ronald is on blood pressure medicine and a blood thinner.

Today, the 69-year-old is adamant about keeping his heart in check. “I’m more in tune with my body, now,’’ Ronald says. 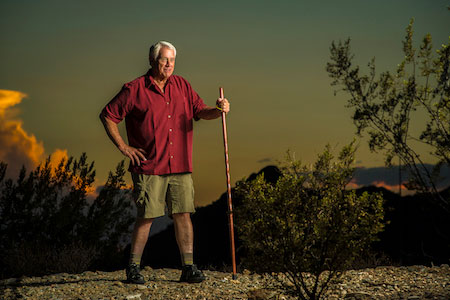