A small spine robot has made a big difference for grandmother

An avid hiker and world traveler, Ann Brandt-Williams worried that severe back pain meant she would have to give up more of her favorite activities.

During the past 15 years, she endured spinal fusion surgery twice to ease the intense discomfort in her lower back and legs. Each time, she spent several days in the hospital and many weeks recuperating. Her medical condition prompted her decision to retire early as a community college psychology professor.

When her pain became unbearable again, she spoke to her spinal surgeon who did her two previous surgeries.

Ann’s anxiety over needing a new operation turned into excitement when her surgeon told her about the new robotic spinal surgery at Abrazo Arrowhead Campus. The Glendale hospital is the first and only one in Arizona to use the new Mazor Robotics Renaissance® Guidance System.

Ann said she is happy that she was one of the first Arizona patients to have this robot-assisted spinal surgery on June 23. She had less pain and a quicker recovery than her previous spinal surgeries using traditional techniques.

“I was at Abrazo Arrowhead Campus for two and a half days instead of five days for each of my previous surgeries. I didn’t need extra blood this time like I did before,’’’ she said. 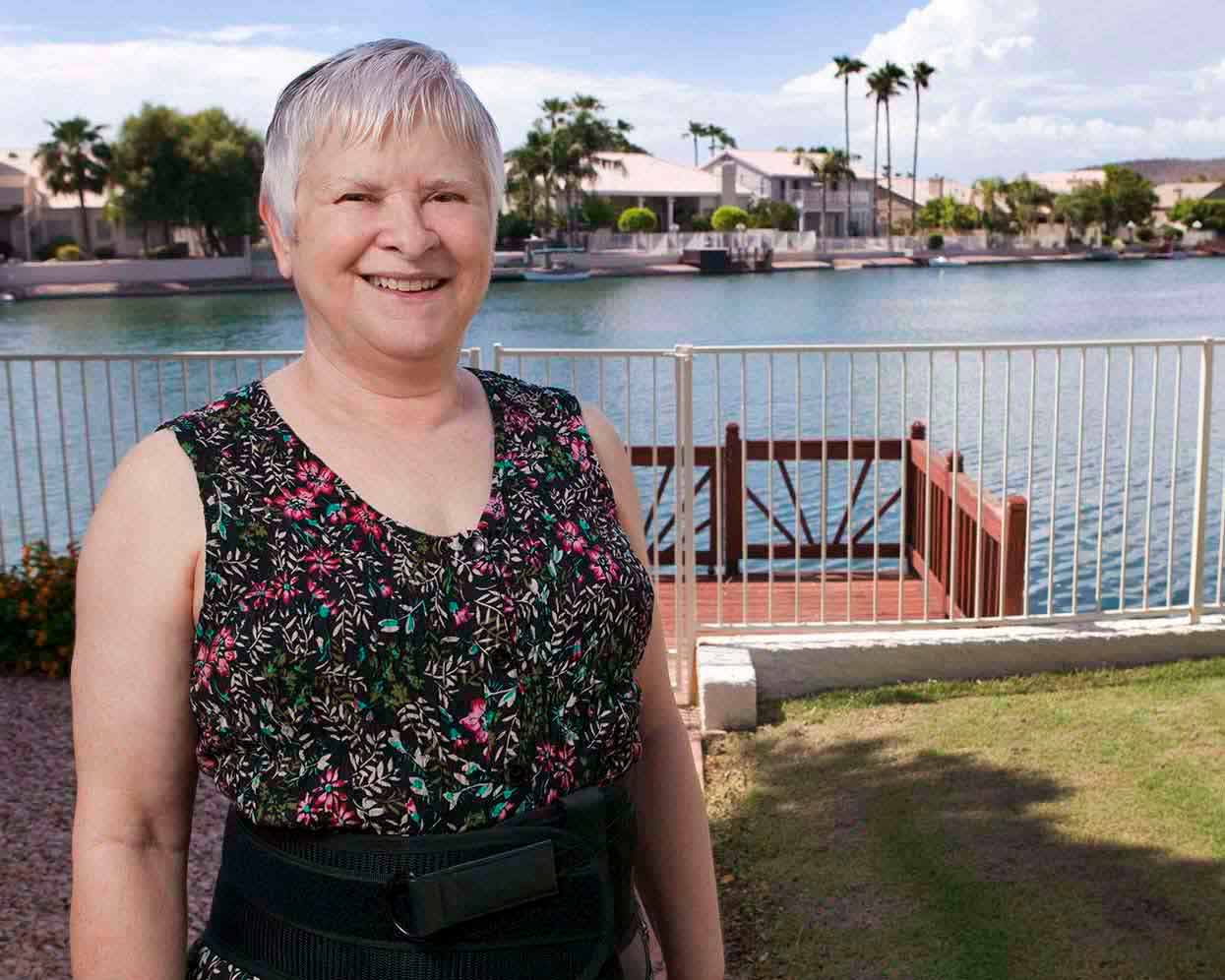 While recuperating at home, Ann didn’t need to use a walker after the robot surgery which she needed after her two previous spinal surgeries.

Abrazo Arrowhead Campus made a very wise move to invest in this technology to help people with their health issues.

With the Mazor Robotics Renaissance® Guidance System, Abrazo Arrowhead Campus surgeons apply 3D software to a patient’s CT scan to map out the surgery. The Renaissance® robot, which is the size of a smartphone, is attached to the patient’s spine during surgery and guides the surgeon on where and what angle to place the screws. This less invasive surgery may provide greater accuracy when compared to freehand conventional spine surgery. It also may result in patients having less radiation, fewer complications, less postoperative pain and a faster recovery.

A former nurse, Ann said she is impressed with the evolution of medical technology.

“I started off in nursing in 1967, and you would have been in the hospital for three weeks for this kind of surgery,” she said. “They would have had you in a body cast. With all the advances that have been made, it is just marvelous for people to be out of the hospital in two or three days.”

As Ann heals from her robotic spinal surgery, she looks forward to adding back some of her favorite activities that she had to cut from her life.

“I know I won’t be able to hike rim to rim in the Grand Canyon like I used to or go thousands of miles on road trips. But I will be able to do some traveling and go on short hikes,’’ Ann said. “With a stronger back, I’ll also be able to do cardio exercises and take daily walks.’’