When Ibrahim “Abe’’ Farah was approached about working at the Abrazo Arizona Heart Hospital, he was stationed more than 6,000 miles away at Ramstein Air Force base in Germany.

Through Skype and emails with the hospital recruiter, Farah became intrigued about working at the Phoenix hospital. He previously had worked at hospitals in Louisiana, Utah and New York.

“After I heard about this heart hospital with a vascular surgeon as the director, I wanted to come right away,’’ Abe said. “A large amount of advanced wounds are due to vascular problems and the area is not getting the oxygen and blood needed to heal.”

As Air Force flight medic, Abe treated wounded soldiers, private contractors and civilians during long flights from Iraq and Afghanistan to Ramstein Air Base in Germany.

Shortly after his deployment in 2011, he began working at the Arizona Heart Hospital’s Hyperbaric Safety Director in Phoenix. He currently is program director for Hyperbaric, Advanced Wound Care and Lymphedema and Respiratory Therapy. While he is a hospital administrator, he interacts with patients daily.

Abe continues to serve in the military as a U.S. Air Force Technical Sergeant reservist stationed at the Colorado Springs Peterson Air Base in Colorado. As a reservist, he does local missions and air exercises. His squadron responds to natural disasters like earthquakes and flooding across the country.


He bridges the civilian and military worlds by sharing what he learns about the best practices in medical care with his crews at both the Abrazo Arizona Heart Hospital and the Air Force Reserve.

“There are advancements in wound care every day. Right now, we are using skin substitutes that have stem cells in them to get a jump start in healing the wound. We’re using certain dressings that are collagen based instead of just cotton. We have an arsenal in our department so that we can use different methods to give the patient every chance to heal,’’ Abe said.

Abrazo Arizona Heart Hospital uses hyperbaric oxygen chambers to help heal chronic wounds. The chambers are pumped full of oxygen, increasing a patient's ability to take more oxygen into the body. The oxygen heals wounds by being pumped into a patient's lungs and then the bloodstream.

For many patients, the first step is to conduct vascular studies to determine the cause of the wound. Then vascular surgery is done to help improve blood flow so the wounds can heal.

“I love wound care. I like to follow the progression of a patient who had been in a wheel chair and had treatment for weeks then is walking and had not lost a limb,’’ Abe said.

Whether he is at his hospital, air base or out in the community, Abe shows he genuinely cares and does whatever is needed to help.

In 2015, he was named a Tenet Hero for assisting an injured driver of an all-terrain vehicle while on a jeep trip into the Arizona desert. He found that the man had a broken femur and a possibly a broken hip. He stabilized the man, warmed him with a blanket and kept him hydrated and alert. When another trail-riding party came by, Abe provided the GPS coordinates so they could call for help when they got cell phone service further up the trail. Medics airlifted the patient to a hospital where he underwent successful surgery the next day.

He also received a Meritorious Achievement Award from the U.S. Air Force for providing aid while on duty in Colorado to a motorist involved in an accident in which the vehicle overturned and caught fire.

What advice would Abe give to someone considering a medical career?

“Do it because you want to do it. I love coming here and watching my patients heal. They become a member of my family and many stop by and say hello long after they have been healed.” 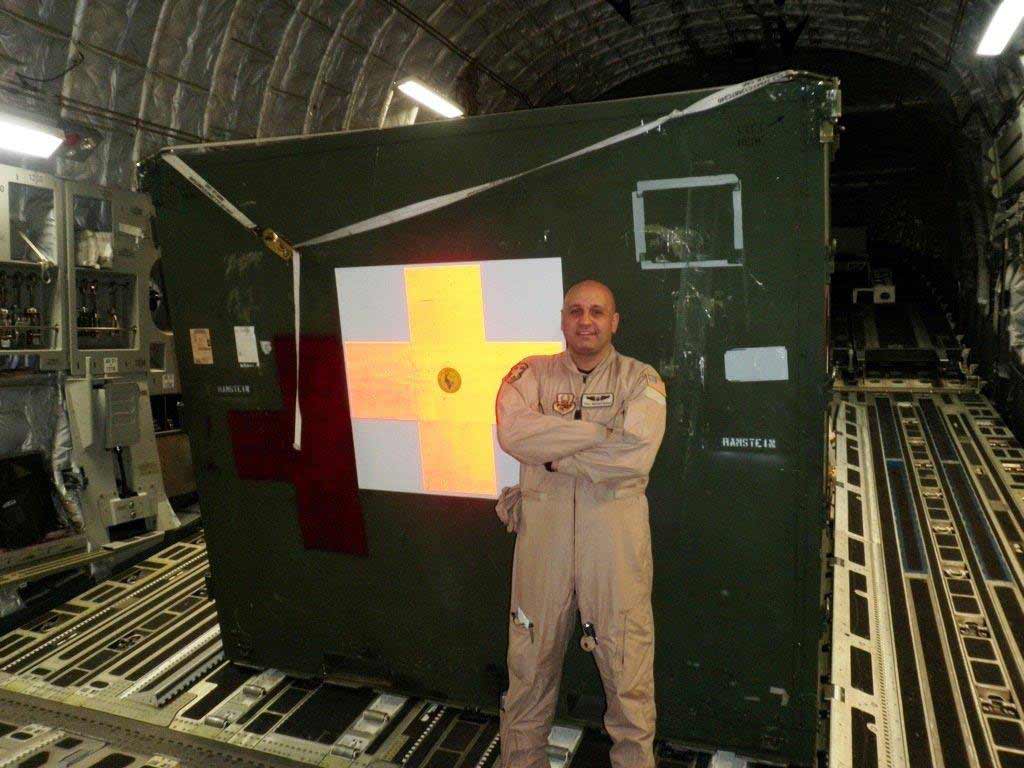